Before the pandemic, when Bendites needed a ride, be it to the airport to avoid parking fees, home after a few too many at the bar or – for those without a car – to simply avoid the walk or bike ride to their destination, they could usually find it on a ridesharing app or one of several cab companies. Now as nearly every industry is seeking employees, the cars dotting the map on Uber and Lyft look barren compared to what it did before March 2020.

“Uber and Lyft never fully stopped operating, but the driver count was at an all-time high locally and the rides simply vanished once the state restrictions were in effect,” said Devin Linker, who’s been driving for Uber and Lyft since 2017. “A lot of drivers sign up for DoorDash and Instacart grocery delivery almost immediately to keep profits rolling.” 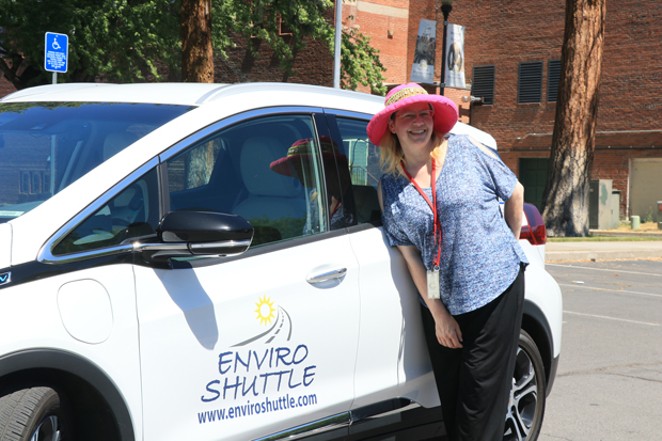 A lot of those drivers never returned to ridesharing and stuck with food. The appeal of food delivery was that people earned about the same and didn’t have to invite people into your car.

“You just have to worry about yourself and the food. Also, the wear and tear on your vehicle is much lower as the mileage is just within Bend mostly, and not area wide like Uber and Lyft are. Also, way more people tip with the food delivery, so it boosts your profits and your mood when you have a great night on food,” Linker said.

The problem extends beyond just ridesharing, and more traditional cab companies are also facing a shortage.

“We went from 11 drivers to three drivers within a week, it was rapidly announced and travel just stopped,” said Bill Calidonna, owner of Enviro Shuttle, an eco-friendly shuttle service that focuses on trips to the Redmond Airport. “We need at least 12, we’re having to turn away so many people, it’s ridiculous. We would be hitting record numbers now if it wasn’t for the shortage.” 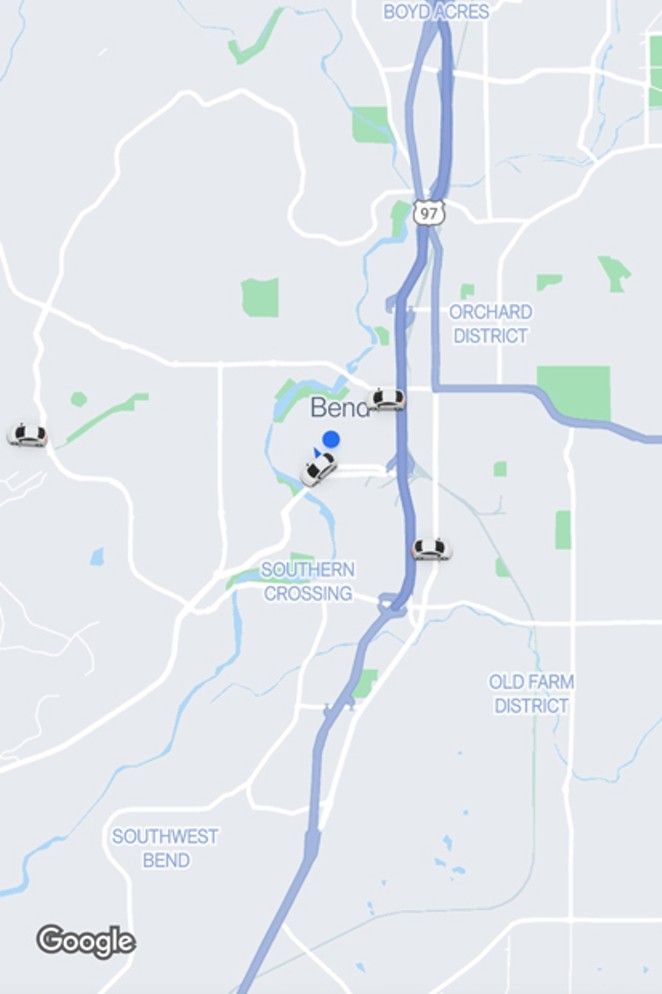 Enviro Shuttle began in 2010 with just one Prius stationed at the airport waiting for customers. Through word of mouth the business and the fleet steadily grew until COVID-19 brought it to a screeching halt. Once vaccinations became available the demand for rides swung upward so quickly Enviro Shuttle couldn’t keep up. Job listings that at one point would get them 30-40 applications now only got them five.

“I mean, in 2010, obviously, I had people lining up for work, at the end of the recession, it was easy, in fact up until the pandemic it was easy to find employees,” Calidonna said.

Drivers earn an average of $18-20 an hour at the company, which puts them in the top 25% of cab drivers in the United States, according to ZipRecruiter. They’re one of the few cab companies that offer a guaranteed hourly wage rather than a lease agreement, provides the vehicle and pays for gas. Despite this, they still must turn down dozens of requests a day with their limited capacity. They believe the high cost of living in Bend is one of the reasons they’re having trouble finding workers.

“Cost of living is a factor in someone’s willingness to accept a job,” said Damon Runberg, a regional economist for the Oregon Employment Department. “If you need a certain minimum pay in order to sustain your livelihood in Bend, then you’re going to turn down a job that is paying below that. In theory, the cost of living is wrapped up into the market rate for wages, but it’s a little goofier than that.”

The market rate for workers can often be flexible for people who aren’t independently supporting themselves. People who live with their parents, multiple roommates and retirees could survive on sub-optimal wages. But with a workforce that was abruptly cut off from earning an income, some may have left, decreasing the labor pool.

“We saw something like this play out during the Great Recession, where Bend lost a ton of its construction workforce because the economy around housing cratered so badly and took long enough to return that the folks that worked in construction left,” said Ben Hemson, business advocate for the City of Bend.

There are signs that the abrupt shuttering and return of businesses may not be as extreme as what happened to construction during the Great Recession, at least for drivers nationally.

“Earlier this spring, as vaccines rolled out and people started moving again, we began to see the demand for rides outpace the number of available drivers,” Eric Smith, a Lyft spokesperson, wrote in an email. “We’ve added thousands of drivers in the past few weeks and it’s already leading to a better rider experience with wait times down more than 15% nationwide, and down 35% in some major markets.”

That statement tracks with Linker, who said the shortage doesn’t mean getting a ride is impossible, it just takes a bit more time.

“That lack of available drivers doesn’t mean there aren’t drivers out there, it means we are busy and will get to you asap. Also, while the rates are coming up for riders, the drivers are not getting the biggest chunk of that cost,” Linker said.

The hope is that as school and child care come back, enhanced unemployment insurance closes and the surge of jobs that opened up as vaccines were made available get filled, then businesses can return to their normal operations. But Bend was already at record-low levels of unemployment before the pandemic, below 3.5%, and in that tight of a labor market even marginal changes can have a big impact.

“At the very minimum of at least six hours of every day I have two cars that are sitting empty because I can’t put a driver in the seat,” said Melinda Calidonna, who runs Enviro Shuttle with her husband Bill. “Not that I can’t put customers in there, they’re hanging out the windows.”

Now Hiring, All Positions, All Shifts: Why are businesses having such a tough time filling open positions?

Now Hiring, All Positions, All Shifts

Why are businesses having such a tough time filling open positions?