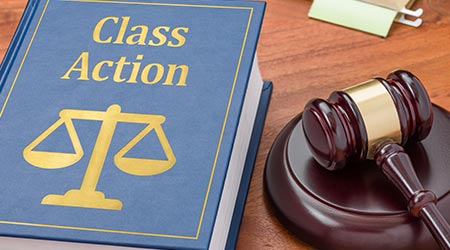 The classification of contractors has been a longstanding pillar to the success of franchise brands, but the result of an upcoming lawsuit could have major ramifications to gig economy employers and franchisers as a whole, reports Bloomberg Law.

Jerry Vazquez, who invested $5,000 for a Jan-Pro commercial cleaning franchise in California over a decade ago, was told at the time that he’d be earning upwards of $25 an hour. His vision for a multi-employee business with great potential for growth instead left him with around $1,200 per month in income and paycheck penalties for not filing reports on all site visits or uniform violations.

Ultimately Vazquez found himself owing an additional $4,000 aside from his original investment; a payment taken with percentage cuts and fees on an incremental basis. His experience, he says, was not unique, leading him and other janitors to file a class action lawsuit in 2008 challenging that Jan-Pro used an exploitative business model justified by a flawed contractor classification test.

The lawsuit claims Vazquez and other investors — who were essentially required to pay to work while being denied benefits from Jan-Pro — should have been considered employees of the company. At the time, however, they were legislatively able to be classified as contractors of the business.

The outcome of the lawsuit, which is in the hands of the California Supreme Court, is expected to be completed in 2020. The decision could prove pivotal not only for Vazquez and other investors, but also for the structure of gig economies and survival of franchise models as a business.

Key to the final ruling could be a new classification test, dubbed the “ABC Test” which was created in 2018 by the California Supreme Court. The test, which is designed to be more worker-friendly, centers on three primary criteria that must be met for a company to classify workers as independent contractors:

1. The contractor is able to make executive decisions on how services are performed, with no interference from the overseeing company

2. The services provided by the contractor are different from the overseeing company’s typical variety of work

3. The contractor has a role that is independently established

“The economics undermine the whole set up and make it difficult for the franchisee to essentially operate like an independent business,” says former Labor Department Wage-And-Hour Chief David Weil, according to Bloomberg. “That’s why it’s a suspect form of franchising. When it comes down to it, they are nothing but employees. The premise of the business model is so flawed.”

The decision on the Jani-Pro case could have retroactive consequences on many similar cases to the Vazquez suit, with business models so reliant on the contractor structure such as Uber and Lyft potentially being liable to similar lawsuits.

“The case reaches back and forward,” says Catherine Ruckelshaus, general counsel for the National Employment Law Project. “These workers are just trying to get paid minimum wage and overtime, but it’s a good case to think through these questions in the contractor debate.”

Despite the lawsuit, Jani-Pro stands by their business model, noting that the employment relationship with contractors isn’t conventional and they have the ability to customize hours and make hires as they are deemed fit.

“The commercial cleaning franchise industry is a growing industry because of the opportunities for persons, partnerships and families to succeed on their own, with the credibility of a nationally regarded brand behind them” says Jeff Rosin, an attorney for O’Hagan Meyer law firm representing Jani-Pro in the lawsuit. “Ultimately, whether franchisees grow and thrive, and how franchisees go about operating their businesses is entirely up to them.”

Jani-Pro also noted that many investors have found significant success using their business model, including a duo that turned a $6,850 upfront investment for a franchise and eventually turned their monthly income from $11,000 to $29,000.

Classification decisions have been a longstanding point of contention between contract cleaning companies and those deemed to be independent contractors. Earlier this year, United States Department of Labor deemed workers providing services for an unnamed “virtual marketplace” company to be independent contractors; a decision that could swing more power into the corner of contract cleaning companies. Read more on the case and its implications here.

Advice from the Field