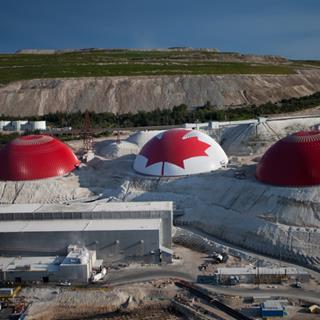 Teck Resources says an employee at Highland Valley Copper has come down with COVID-19.

Interim general manager Jason Sangha says the person affected is a mill maintenance worker was last worked on Monday. Sangha says Monday was the only day in the past two weeks that worker was on site.

Sangha says the worker likely contracted the virus from an off-site exposure, and he says no close contacts have been identified among mine workers.

“Workers who are not contacted do not need to self-isolate; however, all workers are asked to self-monitor for symptoms of COVID-19, like fever, cough and shortness of breath, at all times,” Sangha says in a letter to workers. He says any worker with symptoms should contact their supervisor immediately.

Sources tell NL News the case is a woman who lives in Logan Lake, but Teck has not confirmed the worker’s identity.

The single case does not appear to have affected production at the mine.

This is the second time a case of the virus has been reported at Highland Valley Copper; a contract worker who was on site came down with COVID-19 two months ago.

Highland Valley Copper is the largest open-pit mine in Canada, employing about 1,300 people.

In numbers: Europe’s mobility sector in 2020