152
SHARES
1.9k
VIEWS
Share on FacebookShare on Twitter
A woman registers for unemployment compensation at the Social Security Office during the Covid-19 pandemic.

The spread of the pandemic is reshaping the definition of lean business as companies struggle to survive.

The government declared a state of emergency in late March, with businesses ordered closed and a ban on international travel. Many workers were furloughed or unwillingly accepted salary cuts as a result.

But the future of work likely means more robots, Gen Z technocrats and “ghost PR”, a type of freelance work many have never heard of.

Business downsizing has long been used to cut costs and increase productivity, but in the post-pandemic period it may become a new trend among entrepreneurs who are struggling to adjust to an uncertain future.

Tanit Sorat, vice-chairman of the Employers’ Confederation of Thai Trade and Industry (EconThai), said businesses will depend more on technologies that not only help them better manage budget but also keep them in line with higher hygienic standards.

During the pandemic, people are told to keep distance from one another, causing employees to work from home to avoid catching the disease. This is good for their health but causes a negative impact on factories that are labour-intensive.

The spread of the coronavirus will cause faster digital disruptions, leading more firms to replace their human workforce with artificial intelligence (AI) and robots, Mr Tanit said.

The logistics and banking sectors are among the first to adopt these technologies. Even hospitals will also consider using robots to avoid direct contact with infected patients.

A temporary business shutdown may cause permanent unemployment, as entrepreneurs will take reducing their staff numbers more seriously.

“Businesses are downsizing and streamlining operations to cut costs as demand for goods and services falls as a result of the pandemic,” Mr Tanit said. 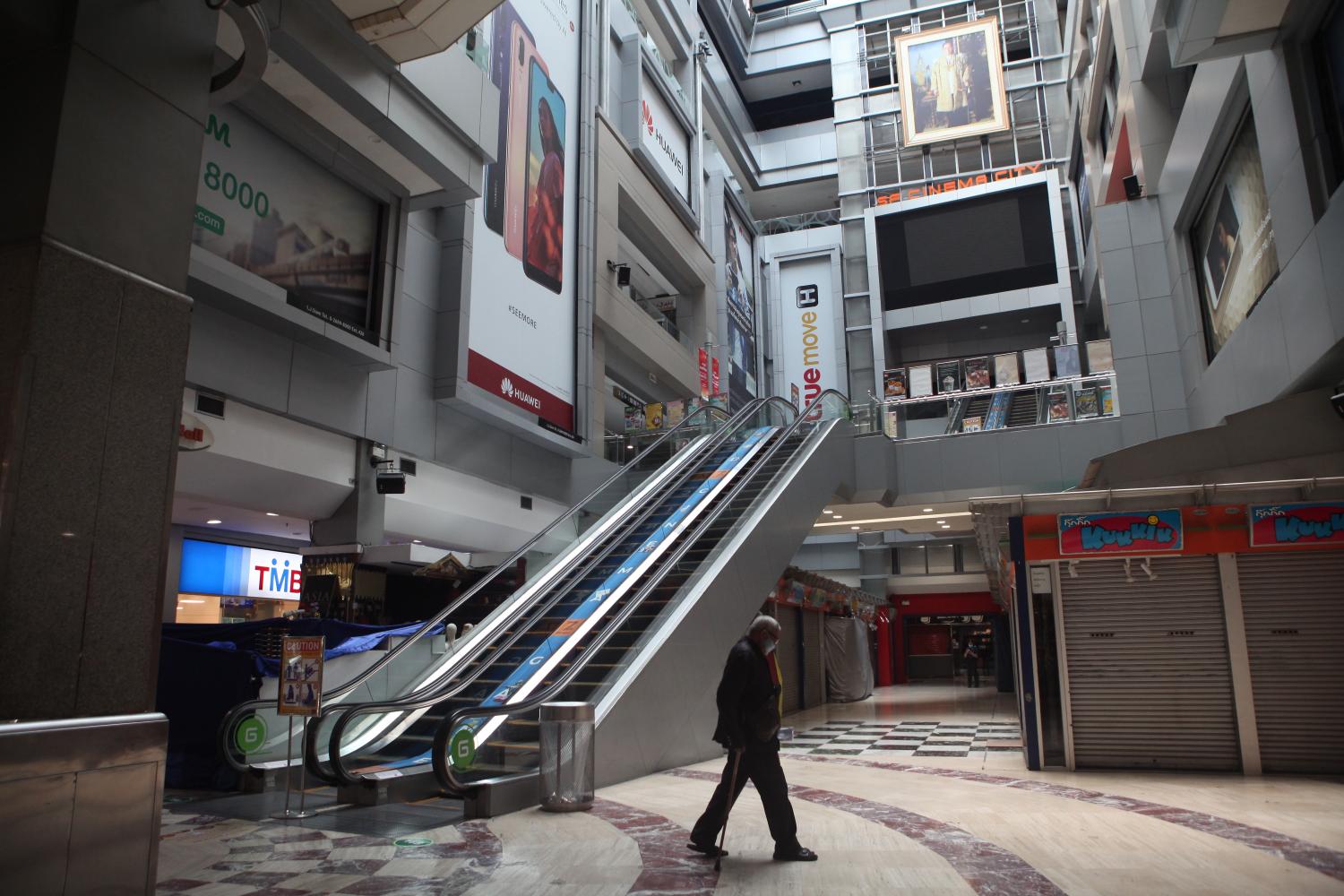 MBK was nearly deserted after the emergency decree took effect in late March. Many businesses have been affected by the coronavirus outbreak. Arnun Chonmahatrakool

The need to save money will also cause companies to look for more part-time workers rather than sticking to the decades-long practice of hiring only full-time staff.

This will allow employers to better optimise their limited budgets, as wages for freelancers are relatively low and come with close to no added costs.

Tasks that are not necessarily done in-office, such as marketing, accounting and customer service, will be the first to go to freelancers who, with help of faster telecommunications software, can work remotely from anywhere.

Existing senior staff are especially at risk of being replaced by part-time employees, according to EconThai.

Bhatiya Bhiramonkul, freelance public relations officer, said freelancers in her field are becoming a main rival to leading PR consultants that have been long trusted by large companies to help their PR teams promote their image.

The freelancers demand lower pay than PR agencies because they do not bear the cost of running offices, hiring staff and travelling to workplaces, she said.

Many companies avoid admitting publicly that they employ freelance PR and only have the freelancers work behind the scenes, thus earning them the name “ghost PR”, Ms Bhatiya said.

“But I just don’t care,” she said. “Freelancers don’t care whether their bylines are attached to their work.”

She believes more people will do freelance jobs as they seek to avoid commuting during the pandemic, while companies will continue to look for ways to save costs during the economic slowdown.

“Freelance jobs were previously viewed as insecure, but the pandemic is changing this perception,” Ms Bhatiya said. 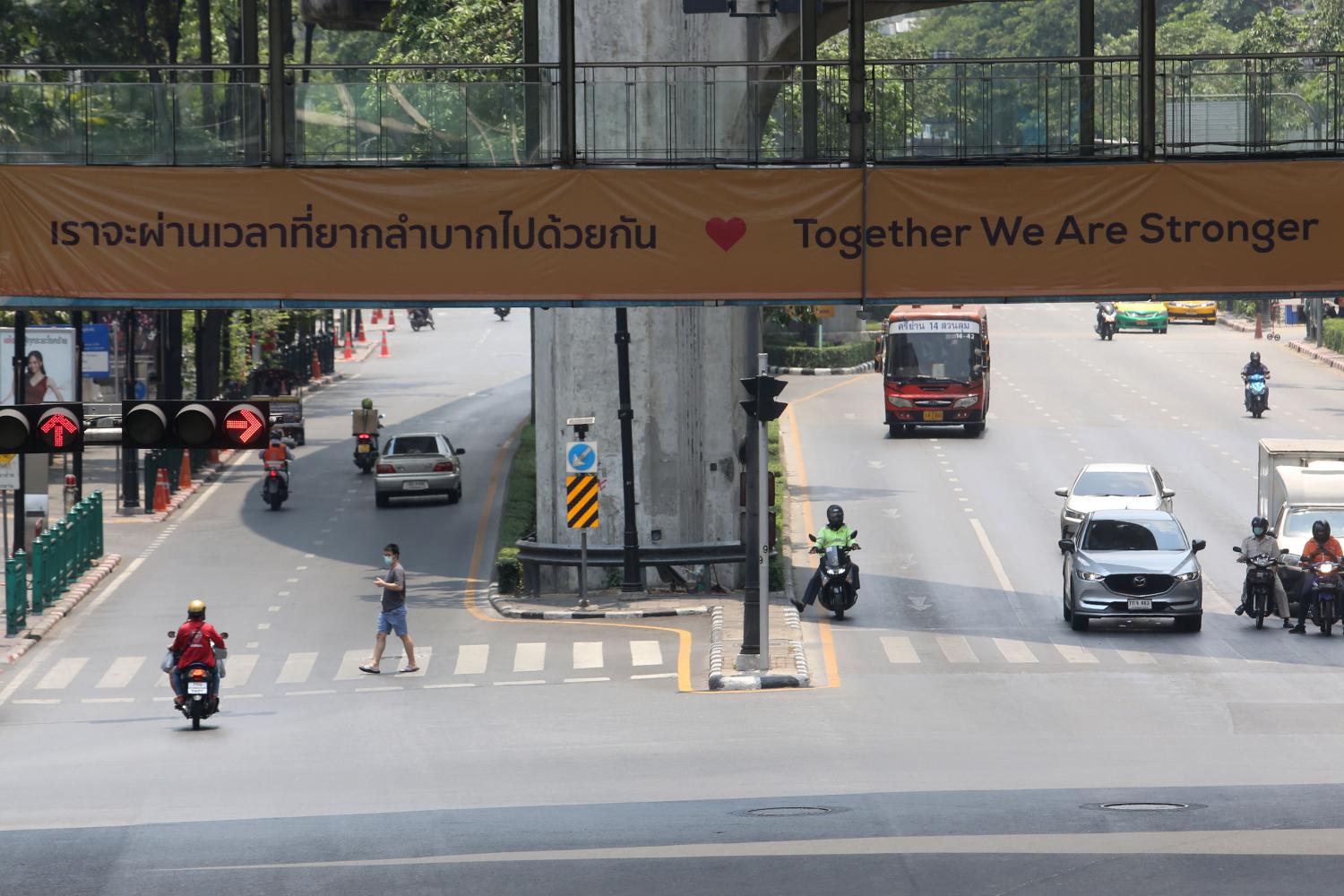 A usually busy Ratchaprasong intersection was almost empty as the government encouraged people to work from home during late March in order to contain the spread of Covid-19 during the pandemic. Wichan Charoenkiatpakul

A move to digitalise companies will also fuel demand for workers who are adept at using information and communication technology across various online platforms.

Gen Z, those who were born between 1995 and 2010, are likely to have a greater chance to get jobs because they are more familiar with digital technology and thus better fit into the new digital ecosystem.

But not all youngsters can prove they possess working digital skills.

According to EconThai, Thailand has between 500,000 and 630,000 new university graduates each year, but “most students do not graduate with degrees that match needs in the labour market”, Mr Tanit said.

Senior workers are not the only ones faced with losing their jobs, as many new graduates are likely to end up in similar situations. 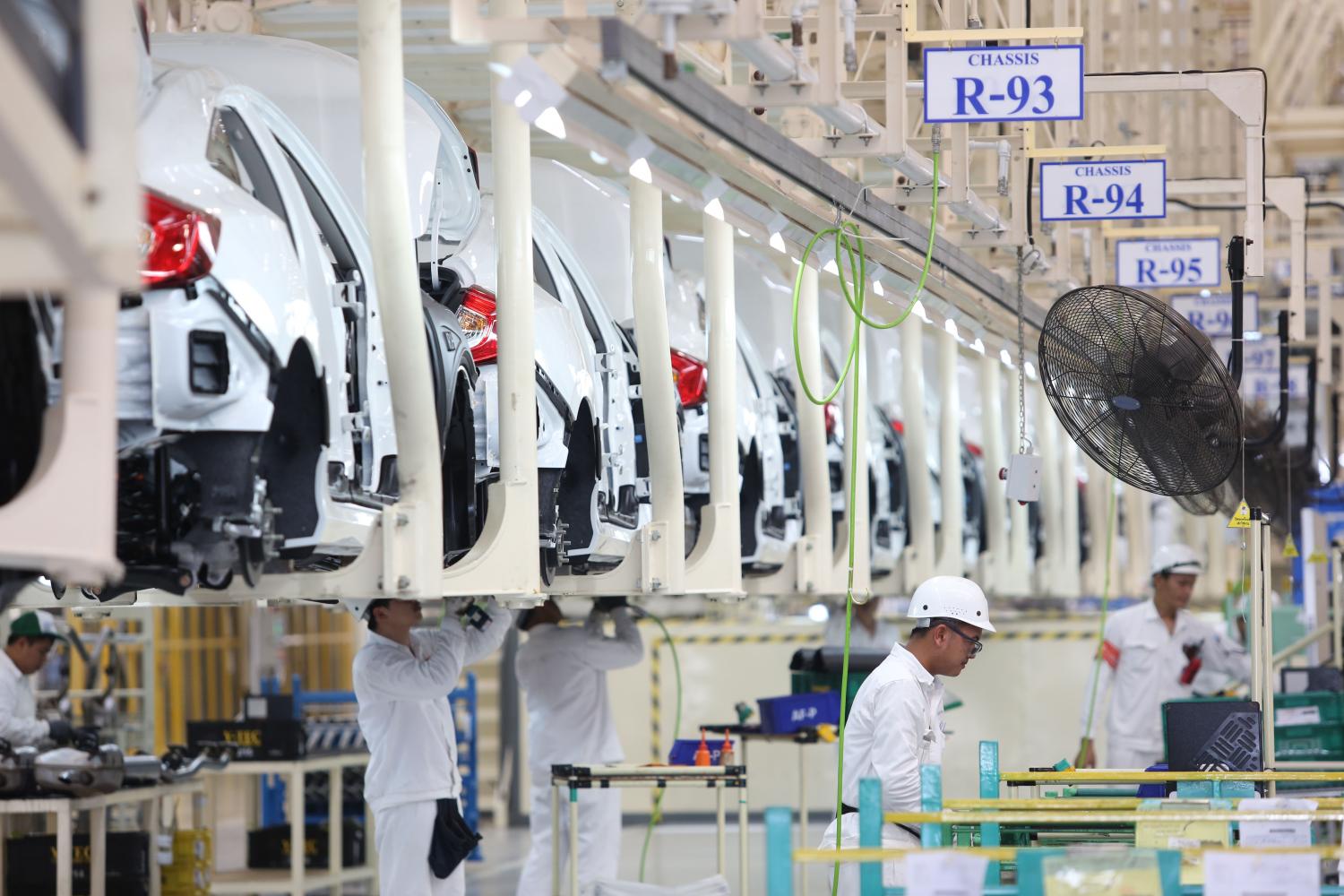 The Ministry of Higher Education, Science, Research and Innovation is concerned that half of new graduates are likely to become jobless due to the economic slowdown.

The latest survey shows that 370,000 university graduates have been left unemployed, and the situation will worsen this year after 300,000 more students graduate from universities in March.

Only some of them will get jobs, causing the number of unemployed youngsters to rise to more than 500,000, the ministry said.

In addition to inadequate work skills, their experience of temporary, or permanent, factory shutdowns during the pandemic also adds to their worries.

Some companies in the retail and finance sectors began to restructure their organisations last year to deal with the sluggish economy by delaying plans to employ new workers and even laying off staff.

“This is a very difficult time for both employers and employees around the globe,” Mr Tanit said.

There are about 38 million people in the labour market, but the numbers look set to decrease due to many uncertainties. EconThai expects the Thai unemployment rate in 2020 to reach 3%, up from 1%.

Suchart Chantaranakaracha, vice-chairman for labour affairs at the Federation of Thai Industries, said the FTI is assessing the Thai labour market after the government eased lockdown measures, allowing many businesses to resume their activities.

“This is too early to say how many businesses will recover and start to employ workers again,” he said.

While the outbreak has been contained in Thailand, infection rates in other countries, especially the US, are still alarming and will continue to disrupt attempts to rehabilitate the economy.

“Whether or not the Thai economy will grow depends on the global economy,” Mr Suchart said. “The country’s exports and tourism depend on foreign markets in the US, Europe and Asia.”

Domestically, the FTI is monitoring how the government will spend the 400-billion-baht relief package to stimulate the economy in the post-pandemic period.

FTI chairman Supant Mongkolsuthree is optimistic that businesses will manage to get through the crisis, resuming their investment and employment.

One good sign: the Thailand Industrial Sentiment Index in May rose for the first time since January, to 78.4 points from 75.9 in April.

The rise was mainly due to satisfaction with the government’s attempts to contain the pandemic and the easing of lockdown measures. 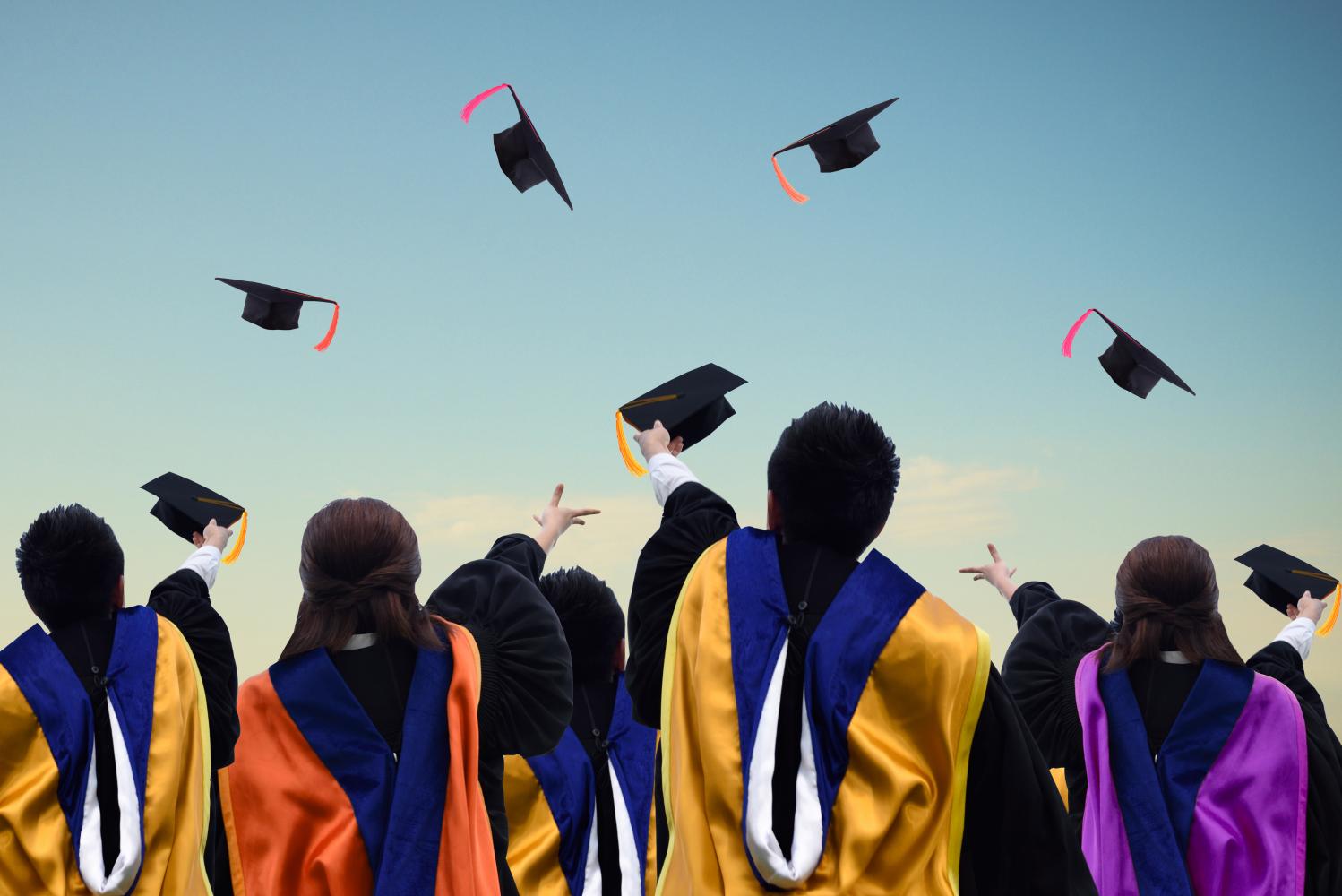 According to an EconThai survey, Thailand has as many as 630,000 new university graduates each year. Unemployment for graduates is a prevailing concern for the Education Ministry.

It is a ballot fight for survival for gig companies like Uber, DoorDash

It is a ballot fight for survival for gig companies like Uber, DoorDash